Board games, design and play!

Tinkerbot Games is a small publisher with 3 members, none of whom work full time for the company. Everything we do is evenings and weekends. This year (2017) we had our first proper stand at the UK’s biggest board game convention, the UK Games Expo in the NEC in Birmingham.

The following information is an analysis of our time at the convention. Other small publishers may find this information useful to them.

Below you can see a chart that compares the total income made per hour across the whole 3 days. This allows us to see at which times we generated the most earnings. The actual values are not included, this is meant as a comparative tool only. Scroll down to see each day broken down and analysed.

The first few hours of Friday were quiet, as expected, although we did make some surprise sales early on. Oddly enough, exactly the same sales per hour. Things picked up after lunch as people has been around the hall and decided what they wanted to buy. Finally things started to wind down towards the final hour.

However, you can see that after 6pm (technically after the show had closed) we had a big rush of orders. This was a combination of people going back to buy things they’d seen earlier in the day, and also we had one big order from a retailer who wanted to buy direct.

Things started strong on Saturday and tapered off around lunchtime. However, we got a massive spike in sales in the middle of the afternoon. This was once again from people who wanted to look around the whole hall before making too many purchases, and once they’d done that they’d return to us to get a copy of Ghostel. It’s quite flattering to know that people have chosen your game over others, rather than it being an impulse buy.

Another reason for the strong sales later in the day is that we had a total of 10 copies of Ghostel available for people to play throughout the convention. 1 at our stand, 2 in the board game library and 7 in the family zone (a board game library of family games with helpers on hand to teach the rules). A lot of sales we received later in the day were from people who had taken time to play games, and after playing Ghostel decided to come and get a copy from us.

Sunday was a day filled with families. In total we earned almost exactly the same revenue on Sunday as we did on Friday, which was a bit of a surprise. Sales were consistent throughout the day, however the stand was not consistently busy. During the afternoon we started to see the first few moments of having a quiet stand (5 mins here or there), but what we did see again is people returning to the stand to collect a copy of Ghostel, having made up their mind already elsewhere.

Overview of Busy-ness vs Sales

We were consistently busy throughout the whole weekend, only starting to get a break on Sunday afternoon. Being busy didn’t always convert into sales immediately, but often those people would return later to get a copy of the game after having seen everything else. It means that if you’re planning on organising shifts for people to work on your stand then in our case we should plan to be well manned at all times, with extra staff at the end of the day to take the sudden surges in orders. Not a huge surprise there, but interesting to see the numbers.

After all was said and done the total income divided up into Cash payments versus Card payments came down to this:

Yes, you read that right. After 3 days of trading there was literally a 0.2% difference in the amount of money taken by card compared to cash.

What this tells us is that it was a smart choice to make sure we had a method of taking card payments, or we could have potentially lost up to half of our income over the weekend.

We used the PayPal card reader with the PayPal Here app, which worked very well for us. 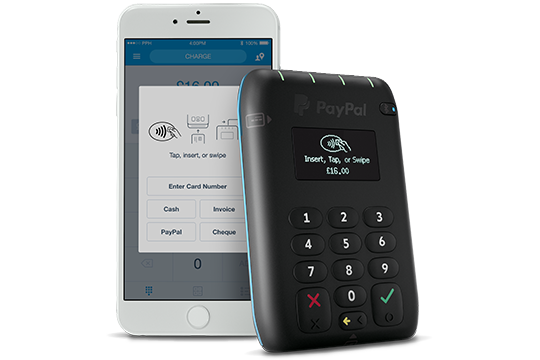 Also, to avoid having a box of cash on table which could get grabbed (happened to another exhibitor at Essen last year), we opted for a traders money belt.

It worked a dream, we could transfer the belt from one person to another, it had lots of pockets and pouches for cash, card readers and phones, and it was remarkably comfortable!

Lastly – Things That Worked Well or Made Life Easier

We had a lot of stuff on the stand that required power.

We didn’t want any of these things to run out of power during the day, however the costs of getting power at the stand were quite high. We did all own rechargeable battery packs though (all Anker brand for anyone interested) so by having those fully charged each morning we were able to keep everything powered up all day quite comfortable.

Pro-tip: Make sure you have enough chargers and cables for charging overnight in the hotel (we did!). Also, the more modern TVs in hotels have USB ports and you can charge up devices from those.

Having that table was invaluable to us. There was a game of Ghostel being run on that table constantly, from the start of each day until the end.

I’d say conversion from demo to sale was somewhere in the region of 80-90%, which is not bad when you consider that we shortened demo’s down to about 20-30mins a game and we had 3-4 players a time.

Often people played in family groups which meant only a single purchase, but every sale is a win, especially when they walk away happy knowing that they’re going to enjoy the game because they’ve already tried it.

3.  Have a copy of the game on display on your sales table

There was often a queue for people to play Ghostel on our demo table, so instead we would show them the game laid out on our sales table, set up like it was in the middle of a game. It made it quick and simple to see what sort of game it was and how it was played.

4. Have demo copies available to be played elsewhere

As mentioned above, there were multiple copies of Ghostel available to be played at the gaming library and in the family area. We got a consistent stream of people all weekend who came to buy the game after playing it in one of those areas.

We found out halfway through Saturday that all 5 copies of Ghostel were constantly out and being played, and in fact people were queuing up to wait to play it. Immediately I ran over with extra copies for them to use because plays often converted into sales so we wanted as many people to play it as possible, not get bored of waiting and try something else!

It seems so obvious and simple to say, but it’s easy to get lost in the stress and strain of running a stand as a business rather than as a member of the gaming community.

Make sure you schedule in some breaks so that you can rest and have enough energy to spend time with friends in the evenings. At the end of our first day I went straight back to the hotel, had a bath (yes it’s true) and went to bed! I was exhausted and as much as I wanted to meet up with old and new friends, I just didn’t have the energy.

I hope you’ve found this article useful. If you have any questions please feel free to drop a comment below, or send us a tweet @tinkerbotgames

Dragons, Gold, Ghosts and Jugglers...it's the Tinkerbots' Story of the UK Games Expo 2017

S3E4: - Gino is missing, Bevan wipes a guest's memory, and everyone learns 3 heads are better than one in a game design challenge.

Running a Curry and Board Game Night for Non-Gamers

MONSTROUS is (hopefully) going to release the Kraken!

This site uses Akismet to reduce spam. Learn how your comment data is processed.